Swung like a baseball bat in the defense of their favorite cars and car manufacturers, car enthusiasts and people alike will often use a vehicles 0-60 mph time as the be-all-end-all argument while debating with an enthusiast of different tastes.

Most people involved in this fast-paced world know that 0-60 time doesn’t necessarily mean everything; it’s important to know that other factors are at play, as well as the realization of external factors that influence a 0-60 time on a given day.

With this being said, 0-60 mph times have been, and will be for a while to come, one of the most prominent metrics in determining the speed of a car. With results in normally less than 4-5 seconds, it is a rather easy and convenient way to gauge how fast a car is, no matter the type or make.

Primarily, the standard 0-60 mph, or 0-97 km/h, has been used in the United States and the United Kingdom as a performance measure for acceleration in an automotive vehicle.

While the U.S. and U.K. use the 0-60 mph metric, the rest of the world, generally, uses the 0-100 km/h metric, or 0-62.1 mph. This is a slight difference, so conversions and comparisons are able to be completed quite easily.

To reduce the possibility of external factors playing a role in the outcome of an official manufacturer 0-60 mph time, they are normally held in closed race track settings and closed lots, performed by professional drivers, isolated from weather hazards.

As these account for manufacturer times, independent times may be conducted as well by those who independently own and operate vehicles intended for racing and time trials.

To dial in the correct speed as closely as possible, doppler radar guns are often used in synchronization with other timing instruments.

Different Types Of Cars And Their 0-60 Times

Now, if you’re to compare the 0-60 times of various cars, it would only make sense to put them into their own categories, based on type, year, and perhaps age. This would clear up any confusion as to why some dominate the charts, and others get pushed aside.

Viewing top 0-60 speeds by cars in their respective categories paints the clearest picture as to what to expect from different types of cars, and what the average may look like.

As for some of the most recent numbers from Digital Trends, in 2019, the fastest 0-60 mph speeds recorded by high-end performance cars goes as follows;

Being still early in 2020, official recordings for the fastest 0-60 mph times have not been tracked yet, so 2019 records provide the most recent picture of the latest fastest cars.

As you can see, the average time recorded by these high-end performance cars sits within the 2.2-2.8 range, ranking themselves a bit more superior than those who consistently find themselves in the 3 second range.

In recent years, electric cars have come to dominate speed trials, and often can be found in the top 5-10 rankings of 0-60 times, as well as quarter-mile times. These electric cars make up a portion of the sports cars that find themselves on top rankings, but traditional sport vehicles still bode just as well. In the following list, these new electric cars will not be listed.

Ranked by Motortrend towards the end of 2019, the following list of cars were proven to be the fastest AWD sports cars tested, in terms of 0-60 mph timing. This list includes;

In the sports car type of vehicle, the average 0-60 mph time seems to start in the low-mid 2’s, while slowly increasing to around the 3 second range. Again, this list does not include new electric sports cars that have been gaining notoriety for their speed.

With white-knuckling speed, able to blow past most cars any day of the week, would be the type of cars known as race cars; those specially designed to go as fast as possible.

In this category, you will find your first set of cars that can complete the 0-60 mph trial in under two seconds. As mind-boggling as this is, it’s more than true. In this list of fastest race cars from zeroto60times.com, we will only include the top 5, and it goes as follows;

Easily identifiable, these cars can move at incredibly fast speeds, and were likely completed by professionals who are very familiar with the vehicle. Clocking in at speeds as fast as 1.1 seconds for a 0-60 mph sprint, these quick cars 0-60 times are often in the 1 to 2 second range.

Commonly dominated by manufacturers such as Ford and Dodge, is the market of muscle cars. Muscle cars are separated from other fast cars due to their non-reliance on rear wheel drive, even though it is usually equipped, as well as their powerful V8 engines that provide a lot of strength.

Originally designed for drag racing, muscle cars are driven by some of the most enthusiastic and knowledgeable car fans you will come across. The fastest 0-60 mph times recorded by muscle cars goes as follows, again in a top-5 ranking from www.zeroto60times.com.

Able to break the 1 second range barrier, muscle cars undoubtedly deserve respect among any car fan out there, due to their raw power and capability. They stack up pretty favorably to imports of the modern era.

As the most common type of car, driven by average people, sedans can surprisingly reach very high speeds, especially when they’re built for it. Ranked by U.S. News, the top 5 fastest sedans of 2020 so far, in terms of 0-60 mph speed, are;

Obviously, these models of sedans are a bit more costly than average, but regardless can still reach very impressive speeds.

As mentioned, there are factors that can directly influence a cars 0-60 mph time, whether it be an external or internal factor. These factors can include, but are not limited to:

Because of the reasons mentioned above, official recordings for 0-60 mph times are normally done within closed-in professional tracks, separated from the elements and as many external factors as possible.

My Favorite Car is .00003 Seconds Faster Than Yours!

After viewing the compared times of the cars listed above, it becomes obvious that it is important to rank them in terms of the make, model, type and, maybe, even price point. Different types of cars are made for different reasons, and are better-performing in areas where other cars are not.

Generally speaking, a fast 0-60 mph time would be within the 1 to 3 second range, seeing as this is where most high-end sports, performance and racing cars clock in at. Times can float around this, generally above the 3 second range, but most of the world’s fastest cars will fall into this category.

From here on, be sure to take into account all factors that go in to the production a 0-60 mph time, and what timing may seem more likely for different types of cars. 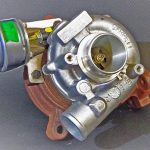 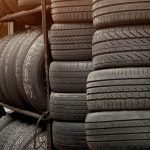