Looking into twinchargers as a way to add more power to your vehicle in the most efficient way?

A twincharging system should balance out the pros and cons of turbochargers and superchargers, but does it have any natural drawbacks in-and-of itself?

This guide will tell you what you need to know about the art of adding a twincharging system to your vehicle and what to expect from the process.

The twincharger came about because the turbocharger and the supercharger each have definite flaws to them, and the twincharger sought to fix both of these. The problems the supercharger offered, as it was driven mechanically, were balanced out by its response time and the fact that it was able to perform so well as a low-rpm induction system.

The turbocharger could be slow, and could often fail to get the right amount of volume through the engine. This lag time was unacceptable, and the supercharger wasn’t powerful enough; so a middle ground was found.

Twincharging is a great way to have the best of both worlds, especially if you have a small motor with small displacement, or one with a very large rpm.

How do twin chargers work?

The system of twincharging that most landed upon was having a turbocharger and a supercharger in an alignment, wherein the disadvantages of each are weighed out by the advantages of the other. Two distinct forms of twincharger systems are out there today: series twinchargers, and parallel twinchargers.

The turbocharger has to get to operating speed before the supercharger can really start contributing to the system (and vice versa). Once the back compressor has reached this speed, it can be bypassed straight to the induction system, in a sort of hybrid series and parallel twincharging system.

However, there are other ways to do this in which both chargers are simply on at all times. The method of putting your chargers in series is something you should discuss with your mechanic or anyone else with an intimate knowledge of your vehicle.

It’s good to note that the efficiencies of the turbocharger and supercharger systems that you set up in your car, whether that be in series or in parallel, do not multiply when you put them together. They add. However, this can still be a great improvement to your car’s performance! You just have to make sure you consider the pros and the cons and, importantly, how your vehicle will handle the extra complexity you will be installing within it.

It’s also important to note that a twincharging system is different from another arrangement, known as a twin-turbo compression system, in which two different kinds of compressors are used. They are very similar, but also very different. In this article we are discussing twincharging only.

How much horsepower do twinchargers add to your vehicle’s performance?

The amount of horsepower that a twincharger can add to your vehicle’s performance is dependent upon many factors, such as whether you put your chargers in parallel or in series, what type of vehicle you have, and what kinds of chargers you use to make a twincharging compression system.

What are the pros of having a twincharger?

The pros of having a twincharger have been discussed above, the main being that you can get more fuel to (and therefore more power from) your engine by having the two compression systems feeding the engine, whether in series or in parallel. However, there’s another pro to having a twincharger, and that has to do with its efficiency.

Efficiency refers to the concept of whether a car is suited for everyday tasks or if a car would much better be suited to being on the track at all times. A twincharger helps a car exist in the middle of these two extremes, which can be a fun pro to have.

You’ll need to make sure that your engine and the body of your car have a good heat dissipation system, though, so you may want to look into installing an Intercooler if you have a twincharger compression system.

What are the cons of having a twincharger?

If it was objectively a good idea to have a twincharger, the debate surrounding them would be much less fun! Having a twincharger is a nuanced subject, and there are less attractive attributes to them as well as the pros listed above.

The Intercooler mentioned above represents one downside. Installing the required heat management systems is one of the more work-intensive (and subjectively least rewarding) parts of the process — but it is necessary to have for the twincharging system.

There’s one main disadvantage to having an additional forced induction system added to your car, on top of the one that it naturally came with, and that is simply the fact that you’re adding more complexity and components to a closed system.

In order to get your car to give you a response worth your time, smooth delivery of power, and enough power gain, you’ll need to invest in potentially a large amount of both mechanical and electronic controls.

This will result in perhaps the biggest downside to being an auto enthusiast, and it’s likely one that you’re very familiar with: in order to make your car as perfect as you want it to be, from the power to the smell to the efficiency to its aesthetics, you’ll need to be prepared to drop some serious cash in the venture.

It’s additionally important to invest in quality here, as you definitely don’t want to damage your vehicle by skimping on materials!

If you’re looking for more power, having a twincharger installed in your vehicle is one surefire way to attain that goal. A twincharger compression system has the benefits of both supercharging and turbocharging systems, and you’re often able to get them without either of the downsides. However, you do have to think about whether this is something that your car will be able to handle!

P.S. – To dive further into the possibilities, check out our guide to superchargers vs prochargers. 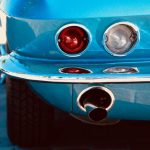 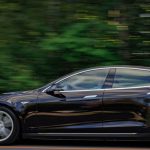