Lots of factors go into the perfect car. For some people, that includes how it sounds. Superchargers can provide a distinctive, keening, whining sound that helps your car sound unique! Let’s talk about what can go into the supercharger and its distinctive song.

What is a Supercharger?

If the engine has more (and more concentrated) fuel to burn, it will be able to do more work, and work harder, which can let you rev the engine harder and go faster. The power for the supercharger is generally provided via a connection to the engine’s crankshaft.

There’s one simple difference: A turbocharger is another air compression system, but it gets its energy from an exhaust gas turbine. A supercharger requires power from the engine it’s supplying to run, while a turbocharger can utilize the waste gas from combustion. Turbochargers can therefore be considered more efficient — but you need more parts for them to work!

Turbochargers also don’t make the distinctive whine that superchargers make. And for some people, it’s all about that sound.

Prochargers, on the other hand, do make noise. We actually have a full guide that compares superchargers and prochargers.

One of the clearest (and loudest) advantages of supercharging your engine is the distinctive keening sound that comes from it. It’s an easy way to tell people that you have a powerful car — and lots of people want to be a part of that conversation.

However, there are other advantages. For example, the original reason for installing a supercharger had nothing to do with the sound it made; people wanted their cars to be able to go faster and longer and harder, which was why the supercharger was invented.

Here are a few other advantages of superchargers:

Just like with any other system, there are disadvantages to superchargers as well as advantages.

Superchargers work by supplying air to an internal combustion engine. An engine sucks in air by moving its pistons to create a vacuum. When air is sucked into that vacuum, mixed with fuel, and ignited, it causes a combustion reaction which supplies the engine with its energy. The supercharger exists to add more air to the equation, making a bigger explosion and more energy.

Twin-screw superchargers cost the most, but they can also sound the loudest. They operate by sucking their air through a couple of gears (resembling worm gears) and then compressing the air inside a rotor housing. Because the rotors are tapered conically, the air pocket gets smaller and denser the further into the rotor it goes.

Centrifugal superchargers provide the most efficient air compression system, and they’re the ones typically found in most vehicles. The sounds that they make can turn heads on the busy street!

When the compressed air leaves the discharge outlet, the supercharger creates a whistling, whining sound. For a long time, this was considered an undesirable side effect. Car manufacturers scrambled to find a way to muffle the sound, brainstorming noise suppression techniques and installing dampers.

But then, later, as the noise began to be associated with the increased power supplied by the supercharger, people began to like it. Car enthusiasts began to find ways to augment the noise, differentiate the noise; it’s become a whole arena for enthusiasm in itself.

What Determines How Good It Sounds?

A lot of what makes a supercharger sound good or bad is extremely subjective — after all, remember, initially dampers were added to make sure the sounds coming from the supercharger didn’t bother anyone at all!

Here are some factors that may go into making a supercharger sound the way it does:

Having the perfect car is about way more than just how fast it goes, though that can certainly help! There are those who believe that there is no sound sweeter than the keening whine of a supercharger paired with a loudly revving engine. If you are one of those people, then you’re in luck!

Installing a supercharger in your car is a simple process that can make your car sound better and run faster in one fell swoop. Research your options to get the sound that you want at the price that you need! 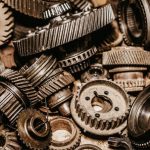