Wondering how straight cut gears work and whether or not they are right for your car?

Without a gearbox, your car will not be getting very far and the type of gears you are utilizing in your gearbox can make a difference in both the torque and speed it produces. And the two kinds of gears that most folks are familiar with are straight cut and helical.

Race car drivers need to use a lot of torque, and the added thrust load of any gear besides a straight cut gear is going to add a significant amount of transmission to the car. Because of that, race car drivers will opt for straight gut gears because it saves them from having to add extra weight, i.e. slowing them down.

Straight cut gears also have the added bonus of easy assembly. You do not need output shafts or bearings because straight cut gears produce no thrust load, nor do you need a synchronizer which can also cut down on the overall cost.

Straight cut gears are not capable of carrying heavy loads, so if you’re looking to produce giant thrust loads, you may want to look at one of the alternatives than can carry them.

A straight cut gearbox setup also offers a more limited use as it is primarily useful in the context of a race track or open roads where you can put it to the test.

Straight cut gears definitely hold their own against their alternatives. There are several differences between the mechanics of a straight cut gear versus a helical or spiral gear, but the most obvious is where they are used.

Typically, on your average city driving car, you are going to be dealing with helical gears.  This is for the better, because it’s hard to imagine the avalanche of sound if every commuter car had straight cut gears zipping around town.

While you may assume that straight cut gears are stronger because of the power and high performance they provide, they are actually considered to be much weaker than helical gears because helical gears hold more teeth which makes for a stronger load bearing surface. If you are looking into straight cut gears for the purpose of racing, however, that may be the exact reason you choose them.

If you are looking for a smoother and quieter mount, helical gears will give you that due to the angled teeth. More teeth will be in contact at one time which allows them to take on heavy loads. Helical gears also transfer power through parallel and straight angle axis providing a smooth run.

By the same token, helical gears are also going to generate a lot of heat and require a good lubrication system due to all of the potential wear and tear to keep it running well. Helical gears compared to straight cut gears are going to give way to less wear and tear and will ultimately have a longer life span, but require more maintenance overall.

As straight cut gears move around, they cause a massive increase in friction by pushing into one another. This reduces the power that is transmitted through them which is what accounts for the drop in side-to-side torque. It actually leads to safer conditions for the transmission.

Are you intending to hit the track? If so, a straight cut gear setup is not only practical, but you may find that it is necessary. Particularly if you intend to be hitting the track a lot as the reduction of thrust force on your car and the loss of excess heat and weight is going to make your car fare better in the long haul.

Because of the often high cost of a straight cut gear box, it’s important to factor in just how much you will be able to use it. If you are going to be able to get out and put it to use a lot, then the potentially hefty price tag is well worth it.

Despite being optimal and most practical for use in the context of racing and pushing your car’s performance to the max, that doesn’t mean that a straight cut gear set up is going to limit you only to the race track. You absolutely could take your car out and about around town running a straight cut gear setup, but whether or not that is worth it to you may depend on how much you can tolerate the distinct sound it is known for.

Hopefully, the above information has helped you in understanding the key differences amongst the different gear set ups and what purpose straight cut gears serve. There is no end all be all position to take on what the best gearbox set up is, just simply different practical uses for each that can help determine whether or not you need them.

If you are dead set on converting your current car to a straight cut gearbox setup or are looking into getting a new car all together and suiting it up with a  straight cut transmission, it is never a bad idea to make a phone call or pay a visit to your local auto care professional.

We encourage you to refer to the guide above as well as taking into account your own needs and style and jumping into a straight cut gear set up. If you are planning on hitting the track and testing out your new set up, remember to be careful and not push your car past its limits.

If you are undecided as to whether or not it is for you, that is no problem. It is best to take your time and put in some research before deciding on making such a big change to your car. Along the same lines, it is important to keep in mind that while a helical gearbox can be converted to a straight cut gear box, a straight cut cannot be converted to a helical. Be sure that a straight cut gear setup is exactly what you want before making a change to your car that will require a lot more maintenance to reverse.

Good luck diving into the world of straight cut gear setups on your own and of course we wish you safe travels. 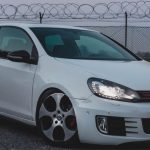 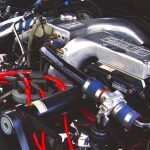