If you’re a car enthusiast and you like to tinker with your vehicle or spend a lot of time around your neighborhood shop, you might already be aware of what a quadruple exhaust is—but you might not be, as they’re still a fairly niche category of car modifications.

What about the difference between quad exhausts and single, dual, or triple exhausts? And why would you want to put one on your car?

We’ll cover all of these questions and more in this quick guide.

What is a Quadruple Exhaust?

Even if you’re not familiar with the term ‘quadruple exhaust’, you’ve likely seen one on the road. A quadruple exhaust is simply a setup wherein there are four exhaust pipes on the back of the car. This modification is extremely common with American muscle cars, although the look has begun to take a backseat in modernity. In a stock car — a car without modifications — there will usually only be one exhaust pipe on either side of the car.

The car manufacturer Ford has helped the look experience a bit of a resurgence with their line of Mustang vehicles.

What’s the Difference Between Quadruple Exhausts and Single, Dual, or Triple Exhausts?

Trick question! Triple exhausts are extremely rare, as the typical setup involves a symmetrical balance of exhaust pipes on the typical car—or, in the even that there is only one exhaust pipe, only having one on one side.

The main and most obvious difference between quadruple and other exhausts is the number of pipes, from which the differing setups obviously receive their names.

From extensive research on car forums, it appears that the consensus among car DIY enthusiasts is that there isn’t any main difference between a dual setup and a quad setup. Some people believe that there is a bit of a difference between a single exhaust and a dual exhaust (partially due to the extra weight required by the second exhaust pipe), but the differences seem to melt away by the time you get all the way to a quad exhaust.

The good news is that if you’re curious, you can easily switch between a dual and quad exhaust system simply by switching out the tips. This means that you can run a series of test drives and figure out for yourself if there’s any difference for you and your vehicle.

It does seem that this kind of self-experimentation is necessary, because if there’s one thing the Internet seems to agree upon, it’s that opinions surrounding single, dual, and quad exhaust systems are just that: opinions.

While people are very passionate about arguing the differences, it does seem to be a very subjective matter, based mostly on personal style and experience.

Is a Quadruple Exhaust Good for Your Vehicle?

If you have a quad exhaust, you might see some benefits—though owners of vehicles with quad exhausts are cautioned to keep their expectations low. This is simply because modifications which greatly increase the power or handling of your car typically have to do with the engine and the body of your car, not your exhaust. However, there are definitely some increased benefits which you might be able to enjoy with a quad exhaust, including:

Of course, one of the main pros that come with a quadruple exhaust is simply the fact that many people believe a quad exhaust looks cool. While this may or may not be the case, it’s certainly true that it’s subjective; therefore, if you believe that a car with a quad exhaust system looks cool, you might as well go for it!

You might have to stop by a shop to do so, but it’s really a very simple operation to swap out the tips and double (or halve) the number of exhaust pipes you have in the rear of your car.

While you’re at the shop, you can always ask the mechanics to take a look at your vehicle and assess whether your experience driving with a quad exhaust system has been as good for your vehicle as it has been for you. As always, work with a mechanic you can trust, and listen to what he or she says!

The Pros and Cons of a Quadruple Exhaust

One of the cons is the amount of noise you might experience with a quad exhaust system. Quad exhausts are much louder than the stock system is, so, if you value a quiet ride, then a quad system might not be for you.

Of course, as many car modifications are, this ‘con’ is entirely subjective—if you’re looking to increase the amount of noise that your car makes, then perhaps this might be a win-win in your book.

Interestingly, there is a whole camp within the DIY and performance or luxury car community which believes that quad exhaust systems are entirely useless—to the point where some of the featured quad systems out there on cars being driven on roads today are completely fake, serving up no other function but base aesthetics.

As the ubiquitous goal of ‘looking cool’ is one of the primary functions of a quad exhaust, that may not be a bad thing or may even be termed a moot point; however, is there any credence to this claim?

The argument is simply that no four-cylinder vehicle would ever naturally produce enough power to make a quad exhaust system necessary, and that the so-called benefits are negligible at best.

If the sheer aesthetics of the modification as well as the slightly increased performance benefits such as the upgraded lightness of your vehicle are worth it to you, you should definitely go for the mud exhaust—if nothing else, it’s a pertinent homage to the past. 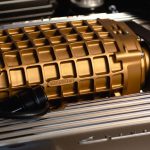 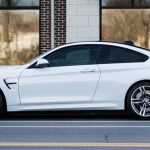