Wondering whether a supercharger or a procharger is the right choice for your car?

The short answer is that a Procharger is a name brand of superchargers. Both the Procharger and a typical supercharger will increase oxygen to the engine, creating increased fuel burn and power more and more fuel to burn. Their differences lie in the process in which the extra power is delivered.

This guide will tell you everything you need to know about what to expect from either option.

Prochargers are essentially highly powerful, precise, brand name centrifugal superchargers that adds plenty of power to your car. They work differently than your average supercharger and are considerably more efficient.

Instead of a rotor, Prochargers use a fast-moving impeller to pull air in to be compressed. The air reaches the center of the impeller and gets radiated outward by strong centrifugal force. From there, a diffuser surrounding the impeller turns the air high pressure.

Here’s a quick video from Procharger that breaks down the process:

All of the molecules in the air calm down and reduce the intense velocity of the air coming in while increasing the pressure. Prochargers are also smaller and less obstructive. Overall, they will give you much more power at more rpm.

Superchargers use spinning meshing lobes to carry air from one side to the other. As air keeps coming in, it builds up inside the intake manifolds which creates positive pressure. They are large and easy to spot as they bulge out from the hood sitting atop the engine.

You will probably recognize from old photos of muscle cars bursting out from the hood. They are bulky and can’t deliver the air in a consistent stream making them less practical than what has come since.

The twin-screw supercharger works more efficiently. Air is drawn through worm like gears through a set of meshing lobes and trapped in pockets. The rotor lobes on a twin-screw have a conical tapering to them which compresses the air squeezing it into a smaller place as it moves from one side to the other.

Many key factors play into a part’s overall performance, but most important is how much added push it gives to your car. Without a doubt, adding a Procharger or supercharger to your car is going to add some nice extra power to it, but in choosing which one will maximize the performance that you are looking for, there are a few things to consider.

Being able to add horsepower to your car automatically ramps up the power, but how responsive your pedal is to that power can play a role. Superchargers suffer from zero lag. That means that the power will come straight at you when you put your foot to the pedal.

If you are looking for immediate power and pedal response, superchargers may offer the performance you want. Prochargers, on the other hand, offers a linear and smooth build easing you into the power that it is has to offer.

Giving that added horsepower to your car can be enticing, and while it can do wonders in adding value to your car, price is very important. You want to be able to give it that extra boost without breaking your bank.

While weighing the cost of how much you are going to spend, there are certain things that you should keep in mind before choosing one over the other. How you want to use it is a big one.

With prices starting at the low end around $2,500 for a good, full set up you will want to consider just how much power you are looking to squeeze out of your car.

If you are an absolute speed demon looking to see just how fast you can go from 0 to 60, then a classic roots supercharger may be for you. You can find good ones starting at $2,700 and they definitely do a lot in the way of giving you a quick surge of power.

Unless you are able to be in a situation where you can safely and legally take your supercharger to its highest level, it might be more practical for you to go with a Procharger. Specifically, a centrifugal Procharger.

Because of the added cost of how much gas a supercharger can blow through in no time, a centrifugal Procharger may be a better option in the long haul if you are trying to be economic.  There are maintenance costs to both, but by minimizing the amount of stress you are putting on your car and paying attention to all of the levels, you can cut down on this.

Things To Keep In Mind

Once you’ve gone and made your choice, there are a few things to keep in mind that will ensure that you get the most out of your supercharged car. First and foremost is upkeep.

The added forced induction of air puts more stress and pressure on your now supercharged engine. Because of that, be extra attentive to your car’s oil level and don’t hesitate to change it or even bring it in early if you want to play it safe. Better safe than sorry.

What kind of gasoline you are filling your car with can play a key role in the longevity as well. You will want to go with premium fuel and avoid anything else unless you are specifically directed to by your auto professional.

If your car has an automatic transmission, you will want to be extra careful with getting it serviced when needed and paying attention to how it is doing as supercharging and procharging your car puts a lot of extra stress on it.

Centrifugal superchargers and Prochargers use a drive belt which has an expiration date coming in at 50,000-70,000 miles and you will need to have it replaced.

Because of the differences and unique power enhancements that each one has to offer, choosing the right one for you isn’t as simple as homing in one key strength. The pros and cons of each offer a different driving experience that shares similar science but offers a different feel when you’re sitting in the driver’s seat.

Hopefully, the above information will clear up some of the differences between the types of superchargers and the Procharger. The prospect of supercharging your car and taking it to its full potential can be exciting and with all of the options, there are so many powerful, high performing power-adders out there that can take your car to the next level.

Considering your own taste, needs and budget, it should not be hard for you to find the right one. Whether your car is supercharged or it is procharged, chances are it is going to be much more powerful than it was before. 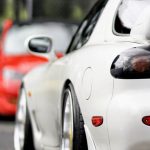 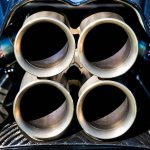