Trying to find the important differences between NA vs NB vs NC vs ND Miatas? We’ve created this comprehensive guide with everything you need to know about each series of Mazda’s beloved MX-5 Miata.

From specs to history, you’ll find it all here.

A Brief History of the Mazda MX-5 Miata

February 1989, Mazda rolls out a small two-seat red convertible with rear wheel drive, a five-speed manual transmission and a tiny in-line four-cylinder engine at the Chicago Auto Show and a star is born. Thirty years later, this little car with the pop-up headlights and a grille that looks like it’s smiling has been named to Car and Driver’s 10 Best List seventeen times and has become the bestselling sport car ever.

Dubbed the Mazda MX-5, but more popularly known as the Miata, the first production models hit showrooms in the U.S. in 1990 sporting a base MSRP of $13,800 although the actual sale price could vary widely given the volatility of the yen/dollar exchange rate. It was an instant hit with consumers and that love affair continues to today.

Odds are you have one, had one, know somebody who has or had one, or someone who is looking at one right now. What is it about these compact rides that keeps people coming back? Keep reading and we will share the one design philosophy that has nurtured the Miata’s popularity and the tweaks made throughout it’s multiple generations that reinforce the ride’s success story.

How the Miata Filled a Huge Void

In 1976 Kenichi Yamamoto, head of Research and Development at Mazda, asked Bob Hall, a journalist at Motor Trend who was a specialist in the Japanese auto market and spoke the language, “what kind of car Mazda should build for America?” Hall’s response was “simple, bugs-in-the-teeth, wind-in-the-hair, classically-British sports car that doesn’t exist anymore.”

Karma kicks in and in 1982 Hall is working for Mazda in its new Southern California design studio and he submits a concept idea to the home office for consideration. A design competition is held between the Japanese studio and the California crew. The California team wins, and they start seriously designing s new, inexpensive British style roadster with Japanese reliability that will carry the Mazda logo.

Mazda’s objective is to capture the market formerly dominated by the MGB, Triumph TR 7, Triumph Spitfire, and Fiat Spyder that melted away in the 70s. The Miata will be the only serious roadster competitor for those drivers.

In the design effort for the first generation MX-5 (designated NA), one policy/philosophy dominated every aspect of development. Mazda’s credo, for all of its products, is jinba ittai or “oneness of horse and rider.” Mazda products are all about driver experience and the MX-5 would become one of the premiere examples of that philosophy in action.

If you have ever driven this sport car you know you don’t so much drive it as wear it. When you slide into the driver’s seat and your butt is nine inches above the pavement, it feels like slipping into your favorite party clothes. Because you are sitting lower than anything else on the road, your perspective changes and no matter how many times you do it, there is always a sense of adventure.

Driving this ride is an intimate experience. The car speaks to you through the steering wheel, gear shift, pedals, and of course the engine almost feeling like an extension of your arms, legs, and hands. The net affect is a high degree of driver confidence and engagement.

So how do you get a car to behave that way? Let’s take a look at the first-generation NA.

Inspired by the Lotus Elan and other roadsters of the 60s and 70s, the first-generation Miata set the standards for all the generations to come. A lightweight, unibody, rear-wheel-drive, two-seater designed to be nimble and deliver maximum driver enjoyment.

The early NA Miata was definitely a bare bones ride, but it was put together with everything a roadster needed and nothing that it didn’t. Engine placement behind the front axle resulted in a nearly perfect 50/50 weight distribution and when combined with the double wishbone suspension on all four wheels and anti-roll bars fore and aft made for an exceptionally nimble performer. In addition, a longitudinal truss that Mazda called a Powerplant Frame, provided a rigid connection between the engine and differential, minimizing flex and contributing to responsive handling.

Space in any roadster is at a premium but the MX-5 NA’s cabin design eliminated any feeling of intrusion. Arm rests were thin and mounted on what are essentially flat door panels. The console is also on the skinny side a served exclusively as a platform for the gear shift. The roomiest part of the ride are the footwells which are boxy and extend well under the dash. The trunk had the same cargo capacity of a lady’s oversized beach bag (4.8 cu. ft.).

Options were few and far between. The NA model was offered in only three colors, red, blue, and white. However, given the popularity, Mazda realized their was money to be made by offering models with more convenience features and produced Special Editions nearly every year packed with niceties like upgraded stereo systems, custom colors, and keyless ignition.

In 1994 Mazda, in a nod to NHTSA added a cross body brace behind the seats and anti-intrusion bars in the door. A passenger side air bag and larger rotors are also part of the “safety” upgrade.

The second-generation gets a styling update, performance enhancements, gains weight, and loses the innocent look.

Mazda’s design team went to work on the NB and eliminated the happy bug-eyed, smiling grille, British roadster look, and replaced it with an aggressive American fixed horizontal headlight stare and curvy Italian appearance. While it gained some weight it also gained horsepower and retained the same handling characteristics as the original Miata. The interior gets a new plusher, softer look and the old four spoke steering wheel is replaced with the three spoke Nardi wheel.

So what do you do after you have redesigned a car? For Mazda the decision was easy, launch another Special Edition. Like so many of the Special Editions, the 10th Anniversary model was “special” because it had an exclusive color scheme, a dash of shiny trim, and a Bose audio system and six-speed manual transmission (both available to all trims as an option). Special Editions were basically marketing puff dreams that dressed up the base product to rationalize a higher price. During 2002 through 2005 their were several special and limited editions with production runs of less than 200 units. They were hot to look at but that’s all consumers could do. They were rotated through dealers as promotional pieces.

The exception to the rule on special editions is the MX-5 Mazdaspeed which was introduced in 2005. It had a turbocharged four-cylinder generating 174 hp with a a torque-sensing limited-slip differential that gets the Miata from 0 to 60 in 6.7 seconds. Riding on 16-inch wheels wrapped in performance rubber and with a stiffer and lower suspension, the Mazdasport was the company’s response to all the interest in aftermarket kits that made the same modifications.

The 1999 redesign was not as well received as Mazda had expected so they enlisted um of the Callum family that was noted for their Aston Martin and Jaguar designs.

Moray took away the curvy parts of the sheet metal and produced a new unibody design that was bigger, rounder, a few pounds heavier and had pronounced wheel wells and a bulge in the hood that suggested a larger engine. And it did have a bigger engine. A 2.0L 4-cylinder that generated 30 more horses than the previous generation’s 1.8L. That said, the extra weight actually reduced acceleration performance somewhat. The six-speed manual transmission, which had been available on the top trims of the NB cars, was now offered as standard with the six-speed auto (with paddles) as an option.

Under the chassis there were changes as well. The suspension was updated to a front wishbone, rear multilink setup to enhance handling. Further. Mazda borrowed from its other products to install traction and stability control systems in the new NC model.

Inside, the cabin took on a totally modern and refined look appropriate for the start of a new century. Ergonomic design elements keep the two seater comfortable with no hint of claustrophobia even with the roof up.

Notably, in 2006 Mazda introduced a Power Retractable Hardtop (PRHT) introducing the excitement of top down driving to a whole new market of drivers living in northern states. The top retracts in 12 seconds and does not impinge on the precious little trunk space available.

Let’s start by saying the new ND model was selected as the World Car Design of the Year (WCDOTY) at the 2016 New York City Auto Show.

The first thing you notice about the ND model is Mazda’s obvious collaboration with Alfa Romeo. The sloped hood, vertical headlamps, and front air intakes all give this sport car a new sexy appearance. The cabin includes items never seen on the classic roadsters of yore, like an infotainment system and steering wheel paddles for an automatic transmission.

But once you have tried on the driver’s seat, started the engine, and felt the response; you’ll know that this Miata has not lost its bugs in your teeth, wind in your hair, rally driving fun personality. With a pepped up engine this MX-5 is quicker but still not a rocket ship. And that’s not the objective. The objective is get totally engaged in the experience to the point you get a silly grin on your face.

Technology adds to the basic bare bones style but doesn’t distract from the jinba ittai nature of the ride. And just when you think the expanded option list that includes red Napa leather and other ritzy accouterments might be moving this classic down the same road as those sport cars that kept getting bigger and more performance oriented, you realize that the ND is an inch shorter, slightly wider, and has a longer wheelbase making it the most maneuverable of all the Miata generations.

And let’s not forget those people living in snowy areas. The hardtop version has been redesigned in the ND version into the Retractable Fastback (RF) making this innately impractical car easier to rationalize for cold climate drivers.

As of publishing this, Mazda is a year from its 100th birthday and you know there is going to be a Miata Special Edition. It will undoubtedly have some exclusive color scheme, some fancy trim and a handful of badges, but one thing you can count on. The Miata will always be Mazda’s hallmark jinba ittai vehicle. 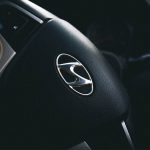