Wondering how long it’ll take to swap your engine?

Whether you’re going the DIY route or working with a skilled mechanic, it’s a time-intensive project with plenty of variables.

It goes without saying that an engine swap is procedure that should be handled with delicacy and care, but if done correctly, it can extend the life of the vehicle significantly. It’s also the quickest and most efficient way to significantly up the power that your car can handle. However, it’s not a quick or “simple” process, and there are many pitfalls that can have the potential to derail the whole thing.

This guide will give you an idea of what kind of timeline to expect, along with a general breakdown of some of the procedures that go into a swap.

How Long Does it Take to Swap an Engine?

The average number of hours to swap and engine usually range from 12 hours to an upward of 24+ hours. However, this is only an average, and may be higher or lower on a car-by-car basis. One of the biggest factors going into the length of time you will be working on (or waiting for) your car is which type of vehicle you have. Talk to your mechanic and be open about asking about expected times, but be open to fluctuation.

The amount of time it will take to swap an engine out is dependent upon a lot of factors, such as the condition of your car, the condition of the donor engine, and the skill level and time availability of those working on this project. However, there are a few average metrics to which we can point to give a general idea of how long this project will take.

If you’re doing this yourself or with an amateur home mechanic, it may take a long time simply because of your learning curve and the time it will take for you to order in parts. However, with a registered mechanic and a fully outfitted garage, swapping an engine itself should take only a full day or two.

Of course, that’s if things go smoothly. The process can easily get quite a bit longer if you run into issues with the vehicle or with part availability.

The cost of an engine replacement will vary widely depending on exactly what you’re asking your mechanic to do. For example, if you’re swapping in a readily available engine into a car into which it readily fits, you may be looking at a bill as low as one thousand dollars (estimate).

It also very much depends on whether you are taking your car to a basic garage, which will bill you an average of fifty to seventy five dollars per labor hour, or to a specialist, who could easily bill you four times as much.

Additionally, if the nature of your car, your old engine, and your new engine will necessarily require a lot of disassembling and rebuilding from scratch, as well as any creative workarounds required due to space available or required, the process could take more experience and much more time — driving up both labor-hour price and overall time costs. Again, make sure that you’re going into this process ready to do your research and speak to your mechanic closely about what they are doing so you aren’t surprised with a bill far steeper than you are willing to pay.

There is no faster and more reliable way to upgrade the performance of your vehicle, and it can greatly expand the life expectancy of your car. However, it’s a finicky and potentially dangerous process that could last several days. Make sure you work with a mechanic you trust, be patient, and remember that front-end communication is key.

Preparing for an Engine Swap

As you’re pulling out the engine, gearbox, ECU and wiring harness from the car, make sure that you’re only taking out what you need to remove! Labelling everything, whether literally or just mentally, is a good precaution to take. That said, taking out the old engine is the easy part: simply remove that which you want to replace.

Spend some time with a ruler or measuring tape to ensure that the engine you’re planning on swapping in is the correct size and shape of your receiving chassis. As the saying goes — measure twice, cut once. You don’t want to get halfway through the installation process and then realize that you are swapping in the wrong size engine.

If the new engine isn’t exactly the same size as the old engine, you can figure out ways to move other parts around and use plywood to prop things up if the new build is smaller. However, only do this if you are an experienced mechanic or have one to help you. Follow the factory build as much as possible!

As you begin to plan your engine’s exact place, remember that it needs to be level. It doesn’t necessarily have to be in the center of the car, depending on the make and model of your vehicle; but if it is lopsided, that will probably spell problems later down the road.

Swapping an engine is a major undertaking. It’s important that you know what you’re getting into before you start your process or take your car into a shop to swap the engine out. 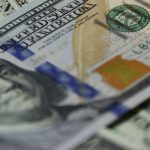