Ever heard automotive enthusiasts debate whether or not a “full-bolt on” is a thing? For many, the term represents an enigma.

This guide will hopefully shed some (lighthearted) light on how the term “full bolt-on” is used, what it is, what it does, and the parts involved with it.

We’ll also do our best to give you some insight on why it’s such a hot-button issue for gearheads far and wide.

What is a Full Bolt-On?

A full bolt-on is a total upgrade to your vehicle which involves removing stock parts and re-inserting (or ‘bolting on’) a replacement. There are several different levels of ‘bolt-ons’, which explains some of the controversy about vehicle owners claiming that they have a full bolt-on while they only really have a partially modified car, for example. It’s assumed that this is a voluntary upgrade, however; simply receiving a new part for necessary maintenance is rarely referred to as a ‘bolt-on’.

It’s a lot less cut and dry than defining something like a built motor.

Bolt-ons also generally imply unnecessary mods made for performance or for aesthetic purposes, as many people purposely remove them before they take their cars in for necessary or routine maintenance. They are generally external modifications, and do not require a high degree of technical skill, time, or much in the way of tools.

Some examples of bolt-on modifications include differing wheels, exhaust tools and mechanisms, coil overs, and sway bars. A commonly disputed definition of a bolt-on is whether a turbo is considered one; likely, it isn’t, as a bolt-on generally refers to a one-and-done component bolted on to your car.

A turbo, while it is technically bolted to your vehicle, requires a lot more know-how and several different parts, and it does completely go hand in hand with your car’s ability to run. As typical bolt-ons are for more optional or aesthetic purposes, many do not consider a turbo to fall into that particular category.

A full bolt-on is simply a scenario in which the car has many bolt-ons. However, it’s obviously more complicated than that—and different people think different bolt-ons comprise full bolt-on versus a partial bolt-on. Typically, however, people do agree that a full bolt-on would include complete exhaust mods. for example.

People can debate the true definition of a full bolt-on for hours, days, months and years—and they have! It’s truly one of the stickier subjects among DIY automotive enthusiasts. Some appreciate the work, care, and aesthetics that have gone into the craft; others think the mods are simply ingenuous and tacky.

What Parts are Involved in Full Bolt-Ons?

The specific parts involved in a full bolt-on vary, depending to whom you pose the question! As many bolt-ons are simply unnecessary aesthetic pieces literally bolted on to a car, some people think that merely having an excess of bolt-ons constitutes a full bolt-on. Others thers that specific functions of the car have to be comprised of or covered by bolt-on paraphernalia before one can refer to their car as a ‘full bolt-on’.

If there’s a consensus on anything in this territory, it’s that a full exhaust system constitutes “full bolt-on” status, including but not limited to air intake, headers, and the intake manifold.

However, as discussed above, this is something that is hotly debated among car enthusiasts and on online car forums. As a bolt on is literally anything that can simply be bolted on to a car, the delineating line between what makes a full bolt-on a full bolt-on and what simply doesn’t constitute that status is at best fuzzy.

If you think you have a full bolt-on (and especially if you don’t have at least the parts bolted on that were mentioned above) you may catch some heat from knowledgeable automotive types. If you ever happen to boast about your full bolt-on in the presence of someone who might disagree, we advise that you have have a good argument to make in your favor!

It’ll surprise you how quickly others can get defensive on this subject. Especially if you’re dealing with someone who has more extensive modifications than you do on your car particularly prides themselves on having a full bolt-on. They’re the owns most likely to take umbrage at you calling your less-modified car a bolt-on.

As the definition is so nebulous, any arguments as to what constitutes a full bolt-on will not be going anywhere anytime soon. It’s up to you whether or not you want to take part in the back-and-forth.

What are Some Things You Should Know About Driving With Full Bolt-Ons?

First of all, you should know that commonly bolted-on parts have the potential to void or null at least some parts of your warranty. Generally speaking, shops and dealerships do not love seeing bolt-ons, as they can get in the way of their maintenance and will have to be removed prior to getting any work done.

(If you havea number of bolt-ons, you should consider removing them prior to getting your car worked on, as the price of labor will go up on your bill due to the technicians having to remove all of that extra paraphernalia).

It should also be noted that prospective buyers generally don’t love seeing a ton of built-ons on their future car—so, unless you’re specifically planning on selling to a car enthusiast or someone you know is of a community of DIY car enthusiasts, it would be a good idea to remove the built-ons, even temporarily, when you are trying to present the vehicle.

As far as driving with a built-on goes, it depends on which parts you have added, how well they’re bolted on, and the quality of those parts! It goes without saying that adding a significant amount of mass to the exterior of your car will impact how it feels and drives when you are on the road.

It’s a good idea when adding parts to try to do everything in a somewhat symmetric manner, so your car is balanced on both sides. Other than that, it’s a good idea to do some test runs around your neighborhood to get a feel for how your mods have changed the balance of your car and how it drivers before you take it for a longer spin.

If you’re dead-set on seeing your vehicle achieve the rank of “full-bolt on”, you’re in luck—the processes involed rarely require more than very simple tools, a few hours, and basic information about cars that you can likely find on the internet. Because of this, incorporating bolt-ons onto your car can be a hugely satisfying investment, because the buy-in value is low but the value of tinkering with your car for an afternoon and having an attractive visible result is quite high.

For some, the argument is a hill worth dying on. For others, it’s just another comical quirk in the world of automotive performance.

If you plan to refer to your modified vehicle a ‘full bolt-on’, be sure that you have the initiative to put together an argument for why you think it is one! You’ll likely thank us later. 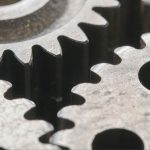 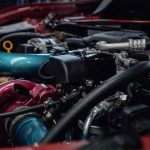