In the market for a new (used) car and wondering if the Nissan 350z is as reliable as it is quick? We think you’ll be pleasantly surprised, especially if you opt for certain model years.

This quick guide will give you all of the information you need to figure out whether or not a 350z will be a solid investment for you.

Is the 350z Reliable? – The Short Answer

Overall, the 350z is considered to be a very reliable car relative to its corner of the market. There are only a minor few potential issues you should clear before moving forward with a purchase, mostly related to alignment, oil system, and cabin details.

It should go without saying that you shouldn’t skip doing your due diligence no matter what, performing a full inspection and requesting the service history. No surprise here, but it’s always worth the disclaimer.

Looking at a 350z’s exterior, tire wear may be an issue depending on what year the car is. Early models were sometimes known to have uneven tire alignment, but this is something that can be easily fixed. Lower compression arm bushings are a somewhat commonly reported imperfection also found in early models.

Historically, the 350z cabin has a reputation for not being the strongest in the market, so make sure that you check out all of the materials in older models, from the cabin to the roof to the driver’s seat.

It is important to pay close attention to the oil level in a 350z due to oil pressure sensors that are sometimes known to be faulty.  The brake pads in a 250z last for roughly 12,000 miles with the brake discs lasting roughly 35,000. It is recommended that you use high performance brake fluid to get the most out of your brake pads.

Back in 2003, Nissan ran into a bit of trouble with a series of recalls made on the 350z. The “service engine soon” warning light would come on for no reason, sometimes making it so that the car would not even start. This was caused by the circuit board shifting out of place due to excess heat in the soldering process.

2003 also marked the year with the highest number of recalls in the history of the 350z. This is likely due to the newness of the product, because the next round of recalls wouldn’t come until 2005 after many 350z owners experienced fuel leakage.

Nissan determined in 2004 that the fuel leakage issue was the result of a cracked fuel filler hose. This is a problem that has the potential to become dangerous, leading to fires upon ignition in worst-case scenarios. Luckily, Nissan began recalling and repairing the issue in short order.

On October 7th, 2008, Nissan issued another recall, this time concerning an electrical system error that had the potential to suppress the passenger side airbag. This error affected a number of cars and luckily was easily fixed upon bringing it in to a Nissan dealer.

The final recall came on 06/24/11 when a clutch assembly kit that was used in the 2003-2006 350z models was recalled because some users reported the car suddenly moving forward upon ignition.

Here’s a link to all of the 350z recalls in one place.

In the world of automotive press, few comparable cars have gotten as much praise as the Nissan 350z. Gracing the covers of everything from Motor Trend to Top Gear, it has continually served as both eye candy and a coveted collector’s sports car in some cases.

The history of the 350z goes all the back to the 1999 North American International Auto Show when Nissan unveiled their prototype for the 250z. Similar to what we now know as the 350z, the 250z impressed critics but left them wanting more. Nissan took these critiques, went back to the drawing board and three short years later emerged with the 350z.

Over 50 years and 40 models, no other Nissan model has captured the imagination of sports car lovers quite like the 350z. While its slick appearance has certainly contributed to that success, the 350z has more than enough under its hood to impress any performance-minded enthusiast.

The 350z holds a 3.5 liter V6 engine providing plenty of horsepower to the tune of 287 and 274 lb-ft torque. Boasting rear wheel drive, that means that all that power will be flowing straight to your back wheels.

The 350z uses a 6 speed manual transmission which in the right hands allows for firm but enjoyable shifting. Using a “front midship” platform, the engine does not sit over the front axel but rather in the center. This gives an added balance and power to the car that you’ll surely be able to notice.

Also, the market is jam-packed with upgrades for the 350z, making it a prime candidate for engine builds. (If you’re new to auto performance, check out our primer on built motors.)

In July 2002, Nissan unleashed the 350 coupe available in five variations and impressed the auto world. Each variation was marked by slight upgrades such as xenon headlamps, Brembo brakes, rear spoilers, VDC and even built in GPS. A short two years later, the Roadster would come along.

With the arrival of the 350z Roadster in 2004, Nissan gave car enthusiasts something to get even more excited about. Available in the Enthusiast and Touring editions, the Roadster cruised along offering a retractable soft top roof and an even more slick design.

Being the 35th anniversary of the original 240z, Nissan released a special anniversary edition run of the 350z. This special run boasted leather seating, Brembo brakes, 300 hp and 18” alloys. It proved to be hit despite its limited availability and went on to be a coveted collector’s car.

By the time the 2006 350z was released, Nissan was ushering in a new standard for the series. Performance trim was no longer a standard and was replaced by Grand Touring trim. The 2006 350z was all about performance, adding coveted Brembo brakes and an aero kit. The front wheels came in at a smooth 18” with the rear wheels coming in at 19”.

Aside from the addition of certain cosmetic upgrades and Bluetooth, the 2007 350z really upped the ante.  Now sitting under the hood is a new and improved 3.5 liter V6. Slightly bulkier and more powerful, the new engine puts about 20 more horsepower than the previously used engine.

Generally, 2007 and 2008 are the best years for reliable 350z models. The VQ35HR and other VQ engines produced during this period are considered to be some of the best Nissan engines ever made in terms of reliability and performance.

Because of its affordability compared to other high-performance sports cars, the 350z has gone on to sell well over 100,000 units and to this day is highly sought after. From 2003-2007 it topped the “best of” lists everywhere from Motorweek to Automobile Magazine.

The 350z has also become a mainstay of popular culture. It has graced the covers of car video games such as Forza Motorsport 2, Need For Speed Underground 2 as well as the poster for the film The Fast and The Furious: Tokyo Drift.

The Nissan 350z is a powerful, sleek performance vehicle. What lies under the hood is just as awesome as the sleek exterior and each bit of power it puts out is the result of expert design from Nissan. This is a car that’s a significant player in automotive history, going on to influence the look and feel of dozens of cars to come after it.

If you are dead set on getting a 350z of your own, you’ve got our vote. All vehicles have their weak spots, but the 350z has maintained a very solid track record for quite some time. 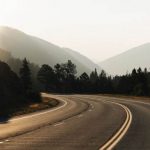